It’s fight week again with UFC Fight Night 69 fast approaching and in MMA Exposed’s weekly article, we will look at our picks for the fights ahead.

We arrive UFC Fight Night 69 with the first title defense for Joanna Jędrzejczyk as she takes on Jessica Penne. Let’s have a look at the fight odds and my picks that might be worth a flutter.

Lets be honest, it wasn’t that long ago that unless you followed the smaller leagues of MMA you wouldn’t have heard of Joanna Jędrzejczyk. Her rise from pretty unknown to Champion seemed to have happened overnight. When she fought Carla Esparza I did not speak to many people that thought she had enough to take the title. In all fairness she made Esparza look very very ordinary in that fight. Her Muay Thai striking was on point and her take down defense looked superb and she will need more of the same to stuff any take downs that Penne will inevitably throw her way. Penne does not have the raw wrestling talent that Esparza possessed but may be able to chain her take down attempts with her hands a little better and close the gap. I feel that Jędrzejczyk is a much bigger fighter here and also much faster and I see that being the tale of the fight. I see Penne struggling to close the distance and Jędrzejczyk picking Penne apart from distance and finishing the fight in the fourth or fifth round. 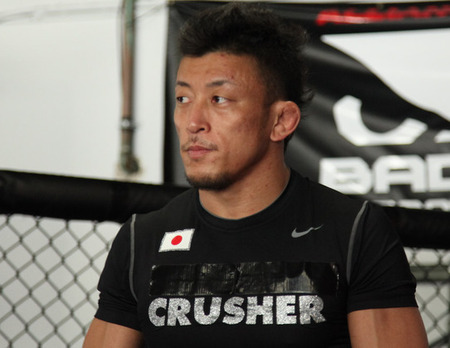 SIver has looked very inconsistent in his last few UFC outings going a combined 2-2-1 in his last 5 fights. Kawajiri used to be one of the best, if the the best lightweight fighter on the planet, but lets be honest, he isn’t the fighter that he once was. Kawajiri is now 37 years old, no spring chicken, but saying that Siver is 36. They say that styles make fights and this one could be a great one. I’ve always enjoyed watching Siver fight, and again am looking forward to this one. I feel its a close one but i’m giving this one to Kawajiri.

Peter Sobotta is looking for his second straight win since returning to the UFC from which he was cut due to a 0-3 record back in 2010. Something must have just clicked for him as after one draw out of the Octagon he put together 5 straight wins all coming the way of first round rear naked choke, three of which was in a tournament in one night. Kennedy seems like a game opponent but looking through his resume he hasnt faced the same kind of opponents Sobotta has. I think the lack of big fight experience will be telling here. I see a submission for Sobotta in the second round. Hein looked good in his debut win against Drew Dober and also looked good in his loss to a very good James Vick last November some people thinking he actually did enough in that fight to take the win. UFC debutante Sajewski is 13-0 in his pro MMA career and is definitely not someone you want to look past. I just can’t see Hein losing on home soil. He has more tools in the box and is good and sturdy for the weight class.